Proposition 67, which banned single-use plastic shopping bags across the state of California, has been in effect for just over a year now. Has it made a difference? Californians Against Waste recently reviewed the data.

Prior to the statewide bag ban, California retailers were distributing an estimated 13.8 billion bags per year, and plastic film recycling rates were only at 5 percent. At the annual Coastal Clean-Up Day, plastic bags used to be one of the leading sources of litter. In 2010, more than 65,000 plastic bags were found littered along California beaches and rivers. Plastic bags accounted for 7.4 percent of all litter — only cigarette butts and fast food packaging were more prolific.

By 2016, more than 40 percent of California had enacted plastic bag bans, and the corresponding litter rate had been reduced by 66 percent. Data from the September 2017 clean-up shows that plastic bag litter has now dropped by 72 percent since 2010, down to less than 1.5 percent of litter collected.

By these numbers, phasing out of plastic bags is proving to be a highly effective measure against pollution — a sure success for California communities and wildlife. Read more from Californians Against Waste. 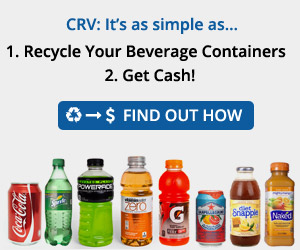